7 Types Of Mushrooms To Eat (To Supercharge Your Immune System) 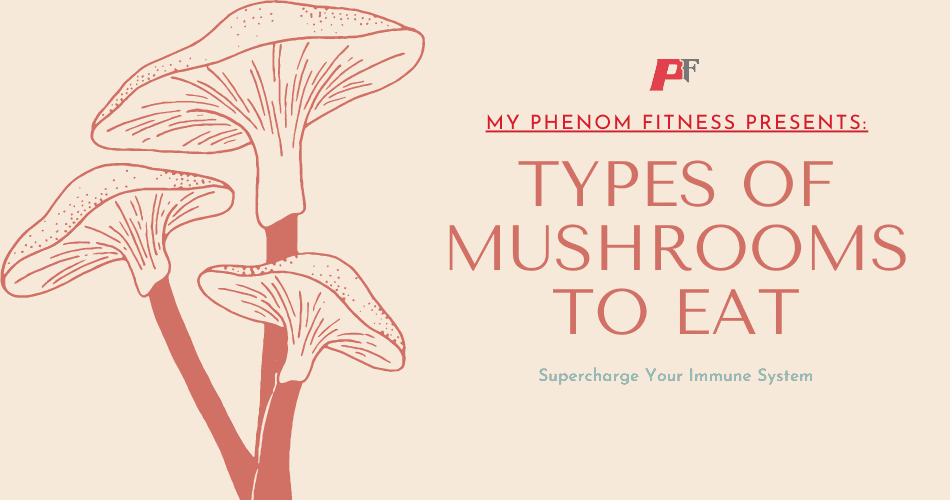 Most people know about button mushrooms or portobello mushrooms.

But what if I told you there were so many more mushrooms with amazing health benefits?

Mushrooms that were used by Greek warriors before going to war.

Or mushrooms that have been shown to cure cancer and boost our immune system, according to the latest research.

And with the pandemic taking center stage in our lives, there’s never been a better time to ensure we prioritize our health.

And that starts with our diets.

I consume a wide variety of mushrooms–lion’s mane, chaga, cordyceps, and turkey tail to name a few–and after you finish reading this article, I’m convinced you will feel the same.

Below, I go over 7 different types of mushrooms–and show you how to use them, what the science says about their health benefits, and share fascinating tidbits of how they were used and eaten throughout history.

And this isn’t your run-of-the-mill, cookie cutter article. I read hundreds of studies to write this article and have backed every claim I make below with a growing wealth of scientific research.

I hope you get as much out of this article as I did writing it. 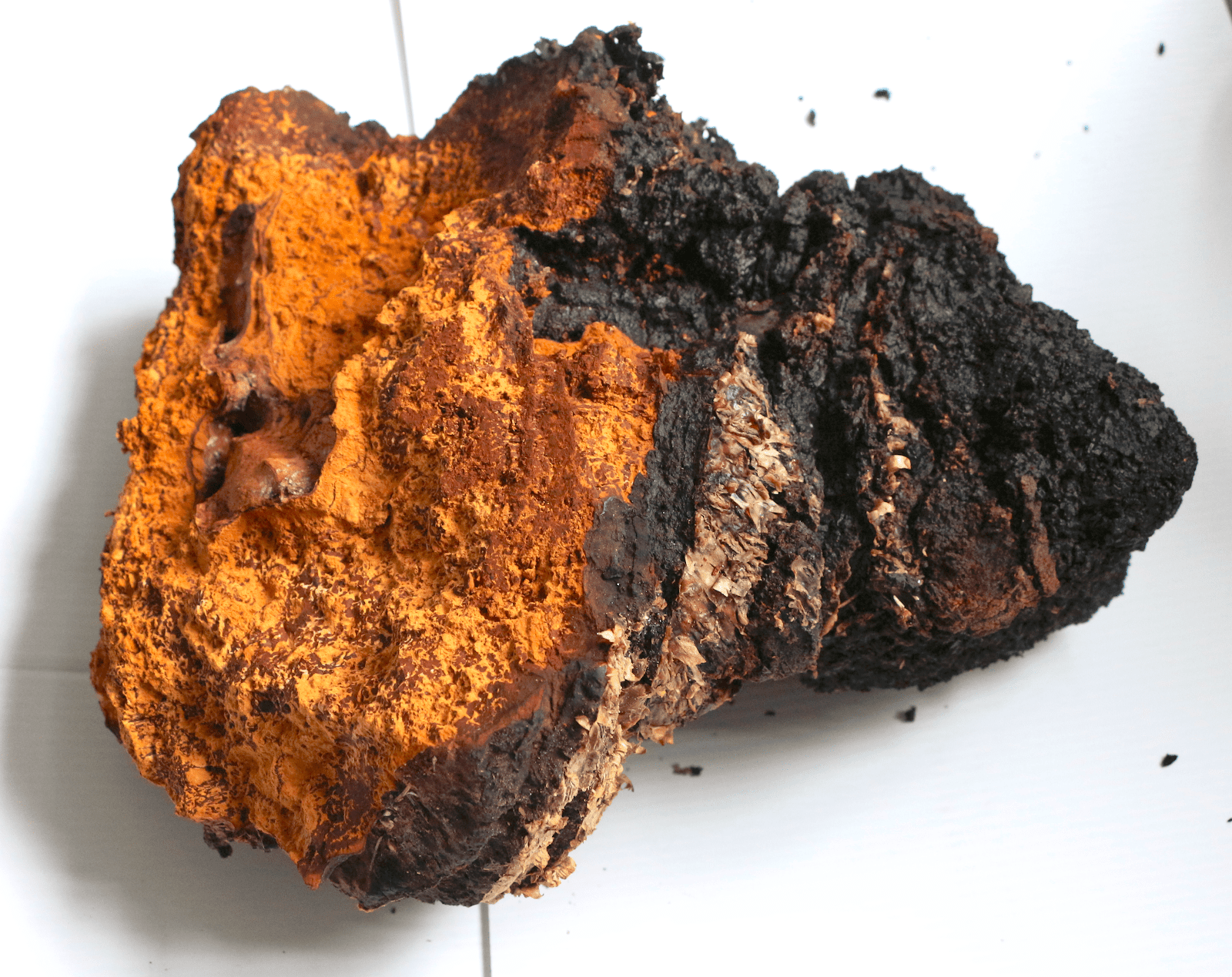 Chaga mushrooms can be found growing on birch and hardwood trees in the forests across the northern hemisphere.

These mushrooms are currently being researched for their potential medicinal and anti-cancer properties.  Traditional uses are documented for treatment of tumors, digestive disorders, liver and cardiac disease, and even as an antiseptic soap.

Chaga has been crushed and consumed as a tea historically, and Soviet researchers linked its consumption to lower cancer rates during the 1950’s.  Research findings concerning chaga mushrooms to date include the following:

The Memorial Sloan Kettering Cancer Center notes that chaga mushroom effects have not yet been verified in human research trials.  The mushrooms have been consumed safely by numerous populations, though they are noted to be high in oxalates.  For persons prone to oxalate-related kidney stones, or perhaps if consumed in excess, chaga mushrooms may pose a risk to their kidneys. 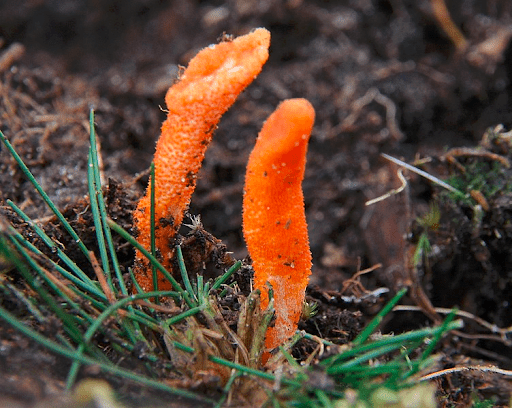 Cordyceps are native to the Himalayan highlands.  These mushrooms have been used as a part of traditional Chinese medicine, consumed as a food, and are becoming the subject of numerous research studies investigating purported health-promoting properties.  Cordyceps consist of the following compounds:

Cordyceps mushrooms have also been found to have kidney protective effects.  They are considered safe for consumption, though persons about to undergo surgical procedures or those with autoimmune disorders may want to avoid using cordyceps. 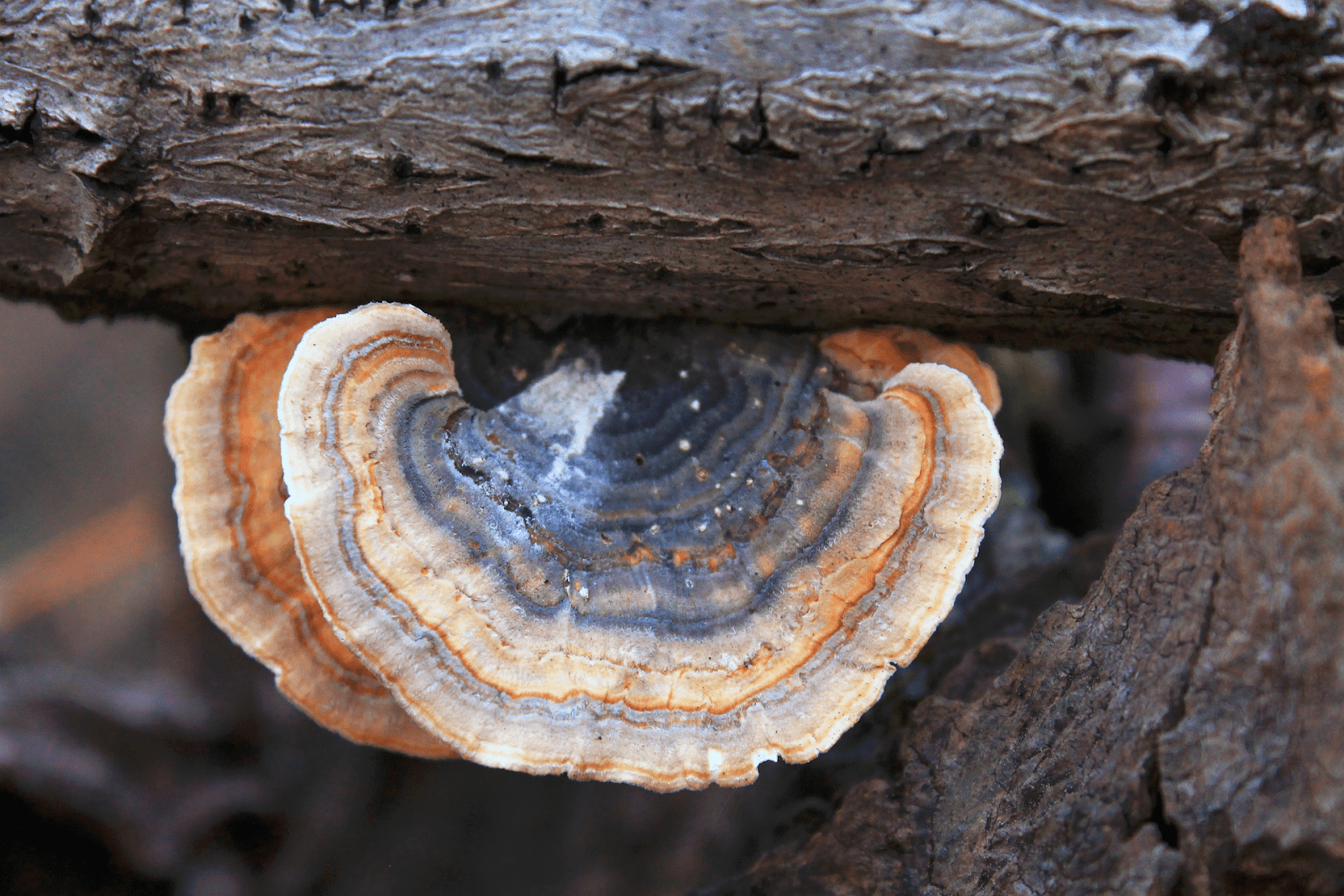 Turkey tail mushrooms are noted as some of the best researched medicinal mushrooms to date.  Found in temperate regions across Asia, North America and Europe, its healing properties have been a part of traditional Chinese medicine dating back several thousand years. Researched properties of turkey tail mushroom compounds include the following findings:

Not only are turkey tail mushrooms supported by significant research, but they are also considered non-toxic and safe for consumption as a food and for medicinal purposes. 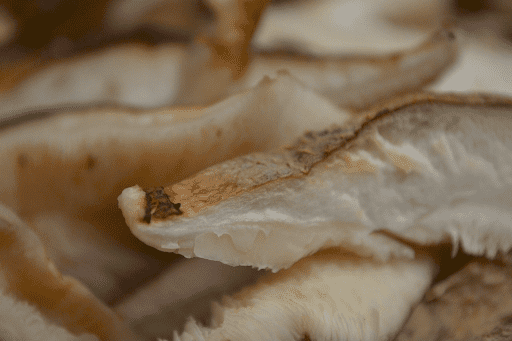 Lentinan is a compound found only in shiitake mushrooms.  This molecule, combined with the β-glucans found in shiitake mushrooms, makes for a powerful combination with demonstrated cholesterol-lowering, anti-oxidant, and anti-cancer properties.  The research concerning lentinan properties notes the following findings:

Shiitake mushrooms are considered safe for regular consumption.  Adverse skin reactions/ allergic reactions have been noted to occur in some individuals. 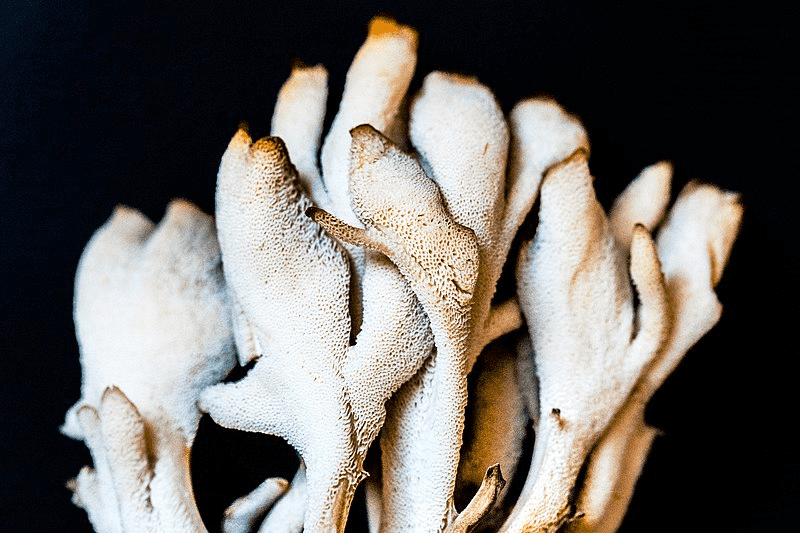 Maitake mushrooms are consumed regularly as a food in China, Japan, and Korea.  These mushrooms have unique β-glucans and α-glucans.

The combined effects of the compounds found in maitake mushrooms promote production of the following immune cytokines and effects:

Considered non-toxic and safe for regular consumption, maitake mushrooms make an excellent addition to any diet or supplement routine. 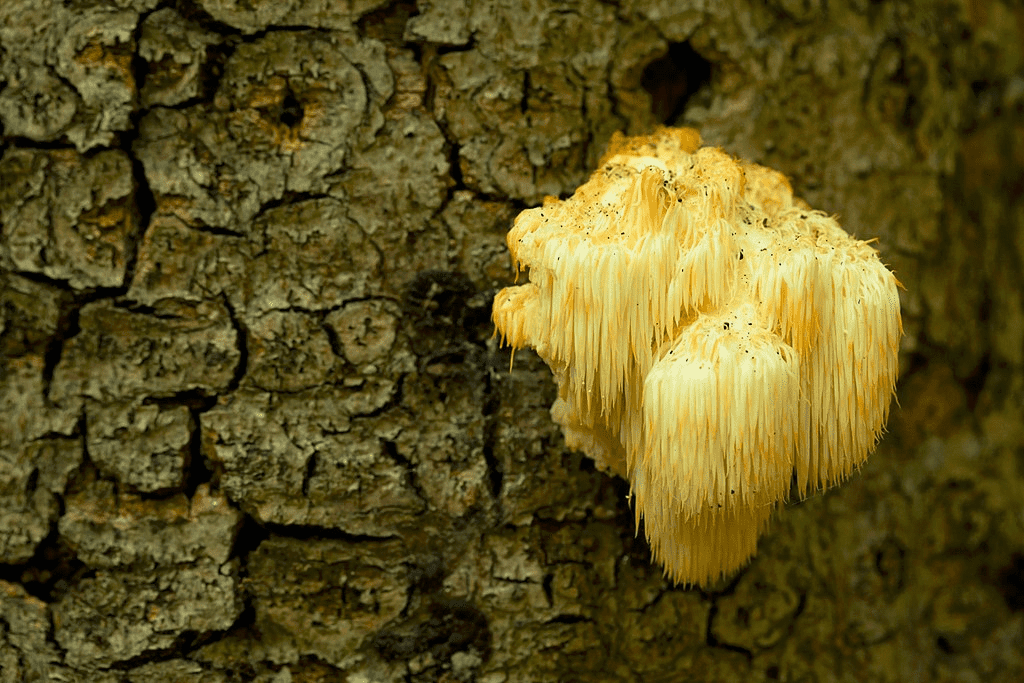 Lion’s mane mushrooms are particularly fascinating due to the prevalence of a unique compound called erinacine A.  According to research, this compound has been found to stimulate the release of nerve growth factor in animal models.

Not only that, pre-clinical trials have found improvements in symptoms experienced by those suffering with Alzheimer’s disease, Parkinson’s disease, and depression when consuming lion’s mane mushrooms daily.

In a double-blinded controlled research trial, patients with mild cognitive impairment ages 50-80 were divided into two groups of 15, and given either a placebo or 1,000 mg of 96% lion’s mane mushroom powder three times daily.

The study found significant improvements in the patients taking the lion’s mane mushroom tablets over the control group.

This was measured using the Revised Hasegawa Dementia Scale.  These effects DECLINED four weeks after stopping the lion’s mane supplementation, again reinforcing the effects being due to the mushroom powder as opposed to other factors.

Neuro-protective and nerve-healing properties have been repeatedly demonstrated in animal studies. Findings include: 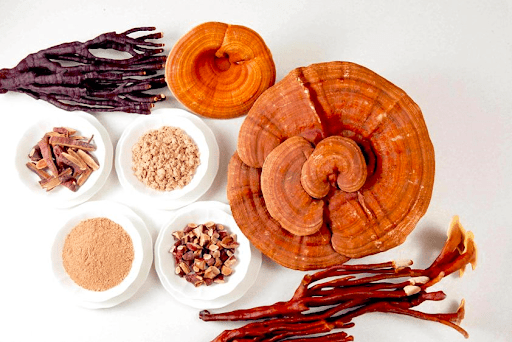 “Mushroom of immortality?”  Maybe not, but the antiviral and anti-cancer properties of reishi mushrooms are the subject of ongoing research (Image credit: Hokkaido Reishi Co., Ltd)

Reishi mushrooms were traditionally known as the “mushroom of immortality,” with use in Chinese medicine dating back thousands of years.  Reishi mushrooms are consumed in teas, capsules, and powders for medicinal purposes as opposed to culinary purposes across Asia.  Prior to modern cultivation practices, this mushroom was scarce and its use was limited to the nobility.

Reishi mushroom extracts have been shown to have strong antibiotic properties against E. coli, Micrococcus luteus, S. aureus, B. cereus, Proteus vulgaris, and Salmonella typhi in petri-dish studies.  Antiviral activity has been demonstrated against HIV, hepatitis b, and herpes viruses.  It must be noted, however, that lab studies do not always translate to the same effects in humans.  More clinical trials are necessary in humans.

Reishi mushrooms are generally recognized as safe and are widely used across Asia.  However, there have been two reported cases of liver damage—with one of these cases resulting in a fatality. 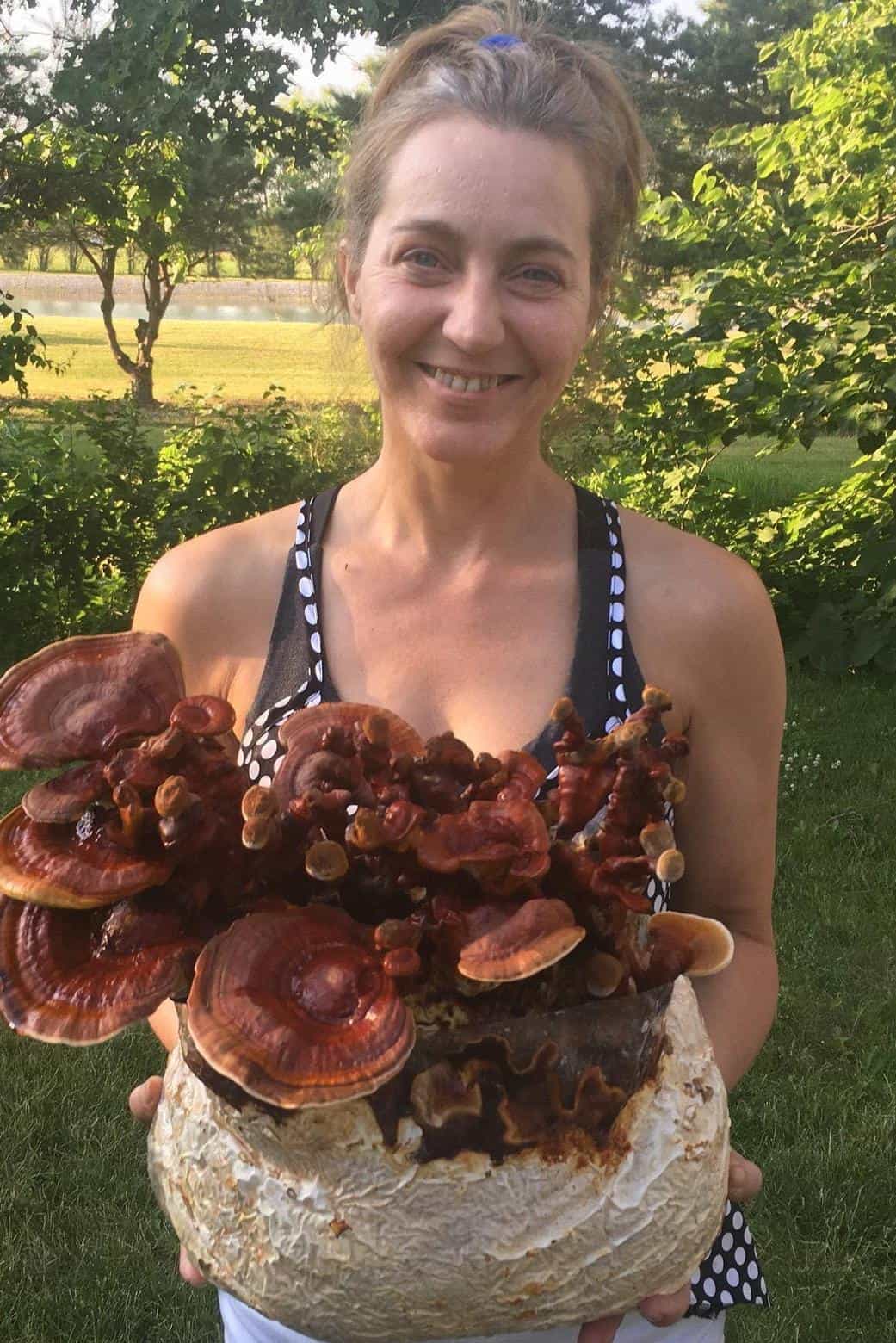 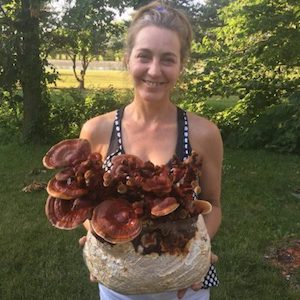 What About Mushroom Blends

While many supplements are for single mushrooms, like Lion’s Mane.

However, some mushroom supplements allow you to consume multiple mushrooms in one blend.

I personally love mushroom blends (and take them myself) because it allows you to combine the different benefits of multiple types of mushrooms together, instead of consuming them separately.

If you’re looking to take a mushroom blend supplement, but don’t know where to start, I recently wrote an article on my favorite mushroom blends to help make your decision easier.

Health Benefits Of Mushrooms – What Vitamins & Minerals Do They Contain?

The use of mushrooms for medicine and food dates back to the beginning of recorded history.  Researchers note that the Greeks believed mushrooms gave warriors strength.

Cultures throughout the ancient world valued mushrooms highly, using descriptions such as “elixir of life,” and “food of the gods.”   Nutritional properties vary by species but generally include the following nutrients:

A low-calorie, low-fat, low-carbohydrate, cholesterol-free, nutrient-dense food, mushrooms can be added to a diet regardless of fitness goals.  While the nutritional properties of mushrooms are noteworthy, the true magic of mushrooms involve a number of fascinating compounds found uniquely in mushrooms.

With compounds such as lectin, β-glucan, ergosterol, arginine, and additional bioactive compounds, mushrooms contain a powerful cocktail of unique properties.  Research has found the following health effects of these compounds:

Bioactive compounds: these vary by species, and include phenolic compounds and many other compounds with anti-virus, anti-blood clotting, anti-bacterial, inflammation reducing, anti-allergenic, anti-fungal, blood-sugar lowering, anti-oxidant, and neuron protecting effects.

Did you know? ––Humans have cellular receptors expressed widely in various tissues that recognize and react to mushroom and yeast β-glucans!!  The same receptors also recognize and respond to various human immune T-cells—demonstrating yet another link between mushrooms and the immune system.

Each mushroom species possesses a unique combination of the compounds described above.  Further, β-glucans are shaped and sized differently according to the species of mushrooms.  These factors result in different bioactive effects that are at times unique to a mushroom species.  Consuming a variety of mushroom species may be the best way to take advantage of the numerous health properties found across a range of species.

Are there any risks in consuming mushrooms?

Mushrooms have many potential health promoting properties.  It must be recognized that finding safe, reliable sources of mushrooms is important.  Mushrooms have the ability to absorb high levels of heavy metals such as nickel, mercury, and other toxins from their growth mediums.  They have even been used to restore polluted environments due to this capability.

Not all mushrooms are safe or non-toxic, so it is best to stick with mushrooms with recognized safety profiles.  Additionally, due to the potential to contain heavy metals, regular consumption while avoiding excessive/ obsessive consumption may be a wise approach.

Mushrooms have numerous fascinating health properties, as demonstrated by a growing body of research along with thousands of years of traditional, medicinal use.

Powerful stimulation of the immune system, along with antioxidant, anticancer, antimicrobial, and many additional health properties have been demonstrated in numerous labs, numerous animals, and several small human clinical trials.

More research is needed to validate these findings, but regular consumption of a variety of mushrooms should be part of any healthy diet plan.

And if you’re looking for a great way to include mushrooms in your diet, I strongly suggest starting with Lion’s Mane. We dove into 5 of the top lion’s mane supplements in this review here check out review on the best Lion’s Mane mushroom supplements 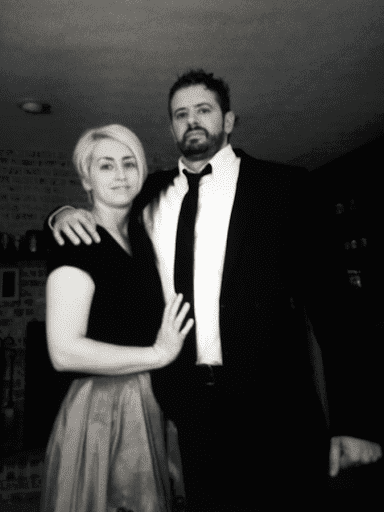 Donovan has training and experience in healthcare as a Master's prepared RN (MSN). He is trained in critically evaluating science-based research and implementing evidence-based practice interventions to improve health outcomes.
All Posts 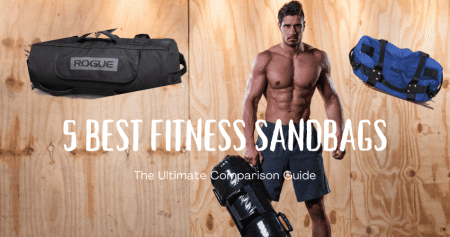 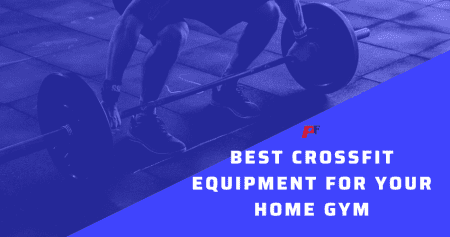 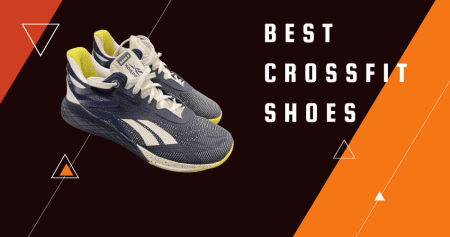 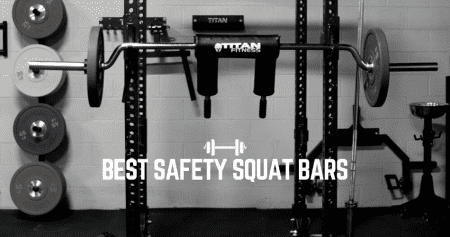 Best Candida Cleanse To Get Rid Of Symptoms (Science-Backed Guide) 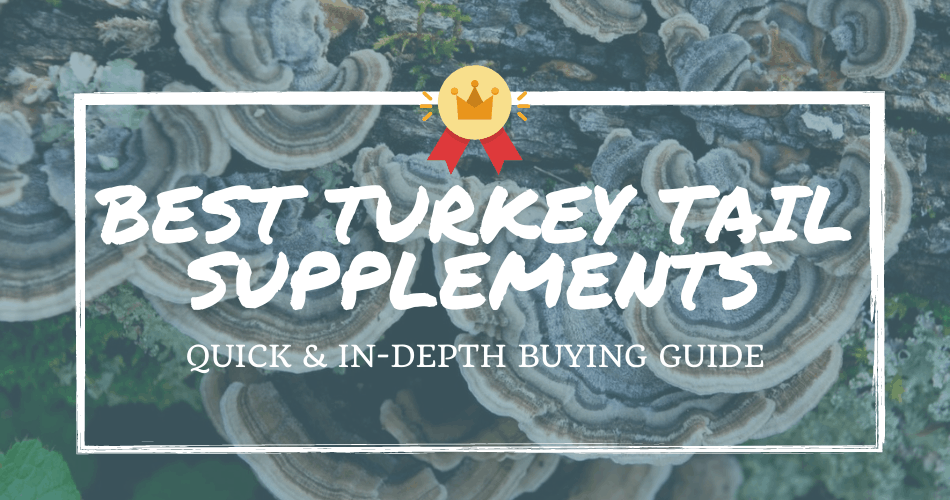 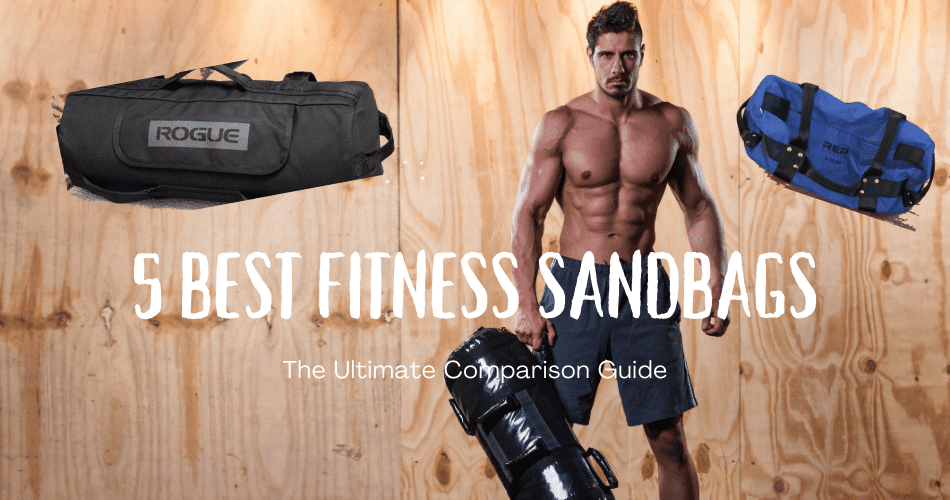 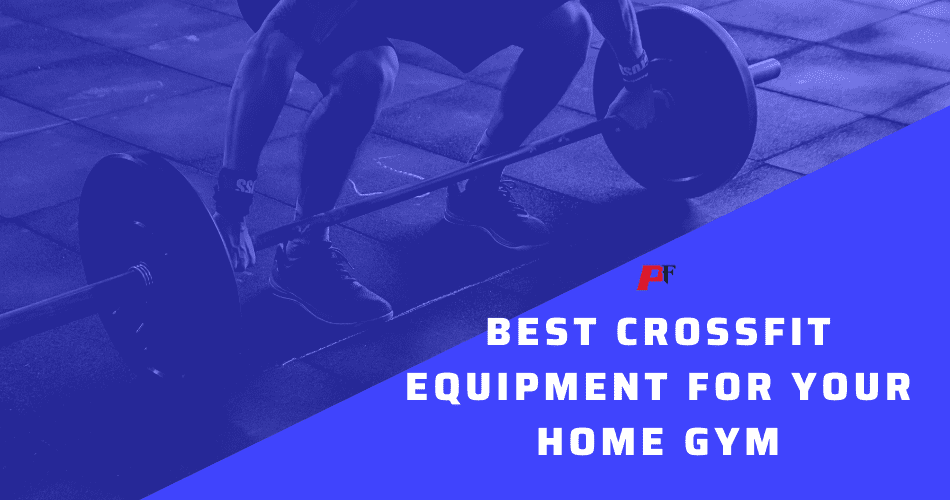 In this article I’m going to look at the best CrossFit equipment for your home gym. Click here to discover great options. 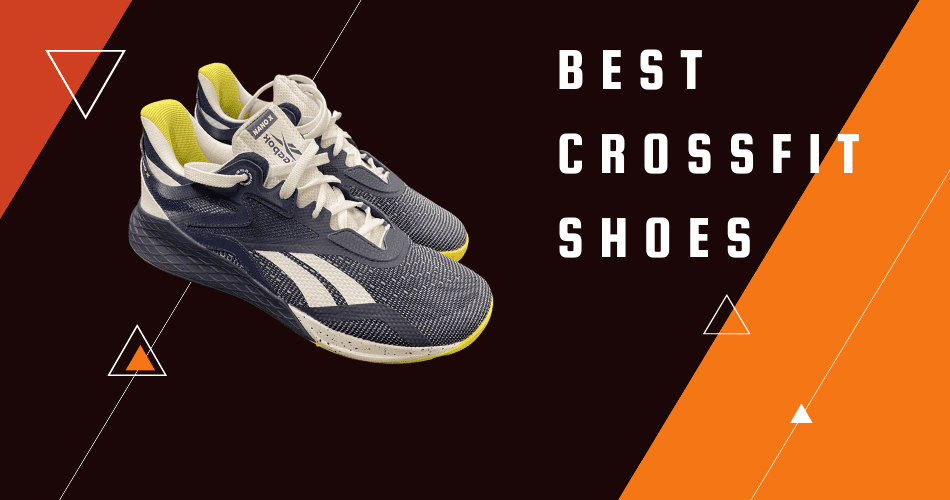 In this article, we’re going to take a look at the range of the best CrossFit shoes on the market, so you can find the best one for your needs and budget.